US Home Sales Are Up

Us home sales are up 12% from last year and home prices are up 6% from last year! You might want to buy before it’s too late and prices have gone back up… Inventory homes are selling fast and running out in Peachtree Residential neighborhoods, but more homes are underway!  Rates are incredibly low, so now is the best time to buy!  Visit the website and let us know how we can help at Peachtree Residential!

The final inventory home sold in Tavistock, a gated neighborhood in Johns Creek. Two new homes are underway so you can still live in Johns Creek.  Johns Creek is ranked second in Georgia in A Quality Of Life Study- A Great Place To Live & Go To School! 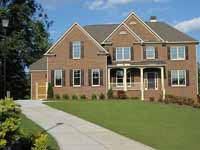 Johns Creek Ranked at Top in State For Quality of Life

Great news for residences in Johns Creek!  Johns Creek was founded on Dec. 1, 2006 and was recently ranked second in Georgia in a quality of life study by The Business Journals.  It is ranked 2nd in Georgia only topped by it’s fellow neighbor in the city of Milton.  The mayor Mike Bodker said “ We have so many positives-great housing, great schools, and great recreational opportunities.  All combined, this makes for the outstanding quality of life we are rapidly becoming known for.  The placement of each cities in North Fulton high in the southeast rankings confirms, not only is Johns Creek  a great place to live, but the region as a whole is a true destination for families and businesses looking for the best of everything.”  More details can be found in The John’s Creek newspaper. 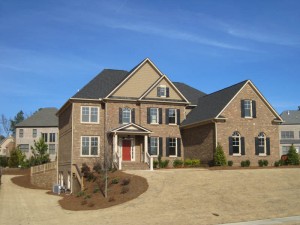 John’s Creek also has been included in the “America’s Top 25 Places to Live to Go to School” list by national consumer directory Relocate America.  Peachtree Residential builds new homes in the city of John’s Creek as well.  One neighborhood in particular is Tavistock, an exclusive, gated community with a prime North Fulton location. Tavistock is a private enclave of only 35 spacious, over sized wooded homesites.  It offers stately floorplans with design flexibility and features including rich architectural detail, side-entry garages, beautiful front porches and exteriors with all sides brick. Residents will also enjoy superb North Fulton County schools including Northview High School.  Contact Dan Rogers for more information to view our inventory homes that are ready for families to move-in or build your dream home.  678-417-1702 or Tavistock@peachtreeres.com

More single-family homesites are NOW available at St. Marlo in Duluth within Forsyth County. These won’t last long! There is one recently completed home available and JUST RELEASED is 6 new homesites by Peachtree Residential Properties. Call Mickey Post at 678-417-1702 to be the FIRST to select your new homesite and begin building your dream home with Atlanta luxury builder Peachtree Residential.

St. Marlo Country Club is a private upscale gated community set on over 900 acres and surrounded by rolling hills and beautiful hardwoods. The community offers luxury living and unparalleled panoramic views from every home. St. Marlo is in high demand due to its ideal location and award-winning golf course. St. Marlo’s 200-acre golf course is designed by Dennis Griffiths. END_OF_DOCUMENT_TOKEN_TO_BE_REPLACED

Just completed by Peachtree Residential Properties is homesite 934, which has a popular Brunswick E floor plan and is NOW READY on a private cul de sac homesite with a daylight basement! It has beautiful brick and a stone exterior. It is a open floor plan with two story family room and guest bedroom with a full bath on the main floor. The kitchen has gorgeous stained cabinets and granite countertops with a mud room off the garage. There is a beautiful owner’s suite with a large walk-in closet. A definite benefit to this floorplan is the large secondary bedrooms. St. Marlo Country Club is located in a great school district with top schools!  Must see this beautiful home at a great new home price, but call Mickey Post for an appointment in this gated Golf Course Community! 678-417-1702 or email tavistock@peachtreeres.com The Country Club is located off Hwy 141 (Peachtree Pkwy), North to McGinnis Ferry Road, turn right and proceed 1.2 miles to St. Marlo gated entrance on left. 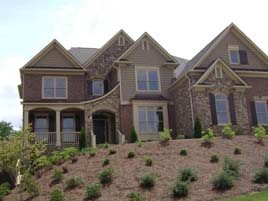 Tavistock located in Fulton County in Johns Creek has a brand new MODEL HOME!   Our most popular, award winning plan, Brunswick Q, just got even better! Take a peek at our newest 2nd floor with larger bedrooms and even the guest room on the main floor has been enlarged.  We have also added an addition of a mud room.  The Model includes  four sides brick,  three car garage and basement.  Sales Manager is on site and would be happy for you to visit and tour our new luxury model built by Peachtree Residential Properties. 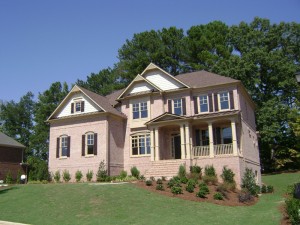 Why Tavistock Homes Hold (and Increase) In Value

Our Atlanta area new home community, Tavistock, is a great example of a Peachtree Residential neighborhood holding it’s value in the market.  Tavistock is an exclusive, gated community with a prime North Fulton location.

Read below to learn more about why homes in Tavistock are holding (and increasing) their value.

Johns Creek Mayor Mike Bodker said he was proud but not surprised by the ranking for the bedroom community of about 70,000 people. “It’s a nice acknowledgement of the great things we’ve got going in Johns Creek,” he said Monday.

The median household income in Johns Creek is $108,416 and the average home price is $335,900. Bizjournals said almost 40 percent of the homes have nine or more rooms and

5 percent of the city’s households have four or more cars.

Arlington, Va., was ranked the wealthiest city in the nation and Brownsville, Texas, the poorest.